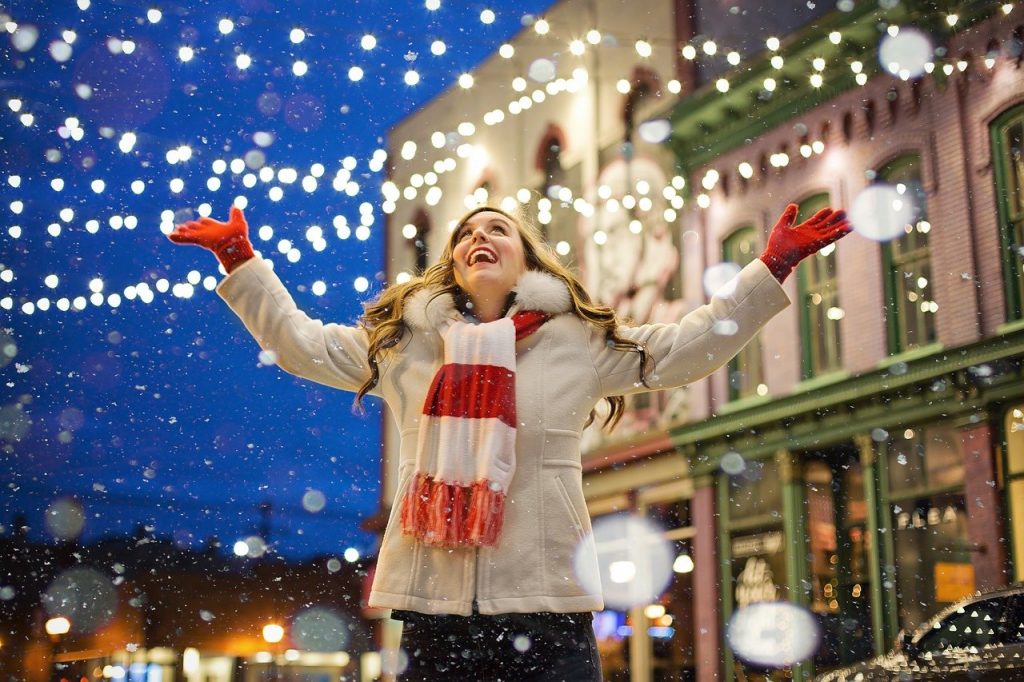 Five Festive Music-Born Traditions from Around the World!

It simply isn’t Christmas without the perfect soundtrack. So, in the spirit of the yuletide season, we investigated how music is used around the world to celebrate.

In the Democratic Republic of Congo, Christmas is a time to reflect on the religious aspect of the festival. As a result, music is integral to celebrations. Churches host multiple choirs and performances of the nativity play on Christmas Eve.

The services are usually very long. Plays start with the story of the Garden of Eden and conclude with the story of Herod’s mission to extinguish the light of the Messiah. Jesus’ birth is usually timed to coincide with midnight. This means the service usually goes on until at least 1am. Sometimes, however, celebrations continue until dawn on Christmas morning.

Only 1% of the Chinese population is Christian, so Christmas is only celebrated in large cities.

In Chinese, Christmas is called “Ping’an Ye” (平安夜), which means peaceful or quiet evening. Ironically, the Mandarin for apple is “píngguǒ” (苹果), which sounds like the word for peace. As a result, many shops sell colourfully wrapped apples.

Despite “Silent Night” having the most impact on Chinese Christmas traditions… “Jingle Bells” is the nation’s favourite!

How to say “Merry Christmas” in Chinese: Sheng Dan Kuai Le or 圣诞快乐’ in Mandarin OR Seng Dan Fai Lok or 聖誕快樂’ in Cantonese

Are you bored of hearing the same carols every year? New Zealand is the destination for you. They have their very own!

New Zealand’s unique yuletide songs include ‘Te Haranui‘, ‘Christmas in New Zealand’ and ‘A Kiwiana Christmas’. These are sung at most carol services around the country.

How to say “Merry Christmas” in Maori: ‘Meri Kirihimete’

Norway is the clear winner of music at Christmas (according to the vote ar Teach Major headquarters). In 1946, Alf Proysen wrote a traditional folk tune called Musevisa (The Mouse Story), which tells the story of a family of mice as they prepare for Christmas.

The lyrics tell how the Mama and Papa mouse warn their children to stay away from the mouse traps. It quickly rose in popularity and still remains one of Norway’s most well-loved Christmas songs.

How to say “Merry Christmas” in Norweigan: ‘God Jul’ or ‘Gledelig Jul’

Renowned for hosting the most colourful Christmas in the world, Venezuela lives up to expectation when it comes to the ultimate Christmas playlist.

Traditional Venezuelan Christmas music is known as ‘Gaita’, which is a type of folk music from the Zulia state. It is usually played on a 4-stringed guitar (Cuatro), a Venezuelan drum (Tambora), a drum with a stick through the middle of the skin – used to change the sounds – (Furro), and a rubbed wooden tube that you rub a stick along (Charrasca). Any vocalists that might accompany are known as ‘Gaiteros’.

Another type of popular Christmas music is ‘Aguinaldos Y Parrandas’; which is reminiscent of traditional carolling.

How to say “Merry Christmas” in Venezuela: ‘Feliz Navidad’

This website uses cookies to improve your experience while you navigate through the website. Out of these, the cookies that are categorized as necessary are stored on your browser as they are essential for the working of basic functionalities of the website. We also use third-party cookies that help us analyze and understand how you use this website. These cookies will be stored in your browser only with your consent. You also have the option to opt-out of these cookies. But opting out of some of these cookies may affect your browsing experience.
Necessary Always Enabled
Necessary cookies are absolutely essential for the website to function properly. This category only includes cookies that ensures basic functionalities and security features of the website. These cookies do not store any personal information.
Non-necessary
Any cookies that may not be particularly necessary for the website to function and is used specifically to collect user personal data via analytics, ads, other embedded contents are termed as non-necessary cookies. It is mandatory to procure user consent prior to running these cookies on your website.
SAVE & ACCEPT